ASURA: TALE OF THE VANQUISHED 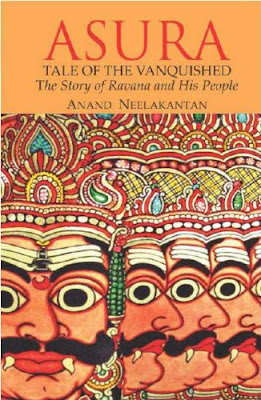 Book Review: India has been a land of immigrants, influenced by cultures from different parts of the world. We had the Aryans, the Iranians, the Persians, the Greeks, the Turks, the Mongols and most recently the modern era Europeans leaving an impact on our lifestyles and our genealogy. The most notable and the oldest of them being the Aryans or the 'Devas' as mentioned in this story. History has largely been repetitive as the wars fought have been favorable towards the migrants in most of the cases. The peace loving 'settled' Indigenous people were prone to martially disciplined, barbaric and ruthless nomadic tribes and ambitious kingdoms. The tropical subcontinent of India being climatically favorable was always the centre of attraction for various migrant tribes, expanding kingdoms and colonial conquests.

These invaders brought with them their alien tales,beliefs and cultures resulting in a mixed race and cultural vividness much of which forms the present day India. The famous epic of the land - The Ramayana  is one such story which is symbolic of the Indian people and plays a major role in forming their day to day cultural activities. A part of the social engineering which took place thousands of years ago when the indigenous Dravidian tribes referred to as 'Asuras' in the book were defeated and pushed back to the south of India and further down towards the island and country which even to this day is known as Sri Lanka.

Well the book tells us about one of the known three hundred versions which is not heard of in the northern and many other parts of the country. As the author clearly puts it as the 'loser's story', this book gives us a more humane and historically and racially relevant version of the epic. A subversive take on a migrant culture which demonised the native ones and formed a racial superiority which is still prevalent in present India through social evils like the untouchability, misogyny and ostracization of the masses through caste system.

The author has done a very good work of co-relating the past with the present day and has blended this mythology very well with History. The book opens up the diversity of India and does its best to explain the presence of innumerable races in the country, their beliefs, their customs and how they have impacted the shaping up of a vast and almost non-comprehensive 'Indian culture' that we know today. As I would like to sum up in my one liner for the book:
'The winner takes it all but the loser always has the better story!'
Posted by Shane West at 20:05:00 No comments: 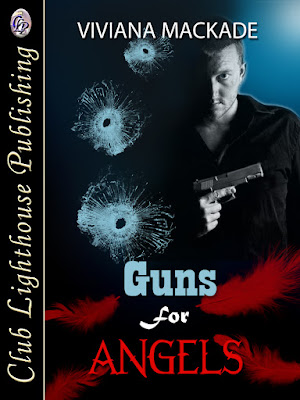 Book Review: Hell breaks loose on Ann Holloway- a yoga instructor when she finds herself in a life threatening situation of which she has no clue whatsoever. She does best to run away only to lose her sister Mary the one who knew it all and instead fall into the company of a brawny stranger on a mission to help her. Mark 'the bear' knows nothing other than keeping her safe. As both disembark on a journey they know nothing about and try to find their enemies, a relation of mutual trust is built.

The novel is fast paced, lively and has a beautiful side of romance based on mutual trust. The characters Ann and Mark are deep and would engross you into their world. A perfect combination of damsel meets hulk their story entertains you to the core. Other than an obvious ending there is nothing which could hold you back from enjoying the book.

How far would they go to save each other? Will Mark give in to his emotions for Ann? Grab your copy now! 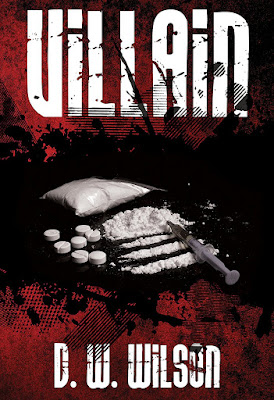 Book Review: How ruthless can it get? Back in the 80's of North East England crime was a shortcut to making quick quids for some and getting high on Henry for others. Set in the city of Tyneside the plot is based on the events involving Davy who was brought up with a criminal background in the times when crime was equally as professional and merciless as it could be. The days when Villains played by the rules of the game. When a gunshot wasn't enough to inflict pain and revenge was not just a word!

The story is inspired by true events and manages to encapture the details of the Wild West phenomena in the country. The book spans around many English and Scottish cities like Newcastle and Aberdeen. With a lot of violence and the English county slangs a.k.a. Tom Hardy this book is not for the ones looking for some soft reading. In short this crime saga gets down to some serious business right from the very start.

Will crime pay for Davy in the long run as he witnesses a significant change in the Villain rules of the 90s? Will the legacy of old school villains be passed on to the next century? Find out for yourself in this book of crime and cocaine out now on our exclusive Amazon links!